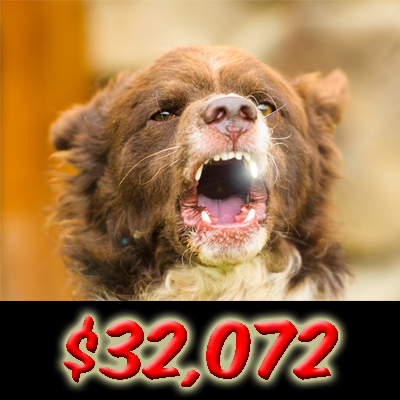 The average cost paid out for dog bite claims nationwide in 2014, compared with $27,862 in 2013. Dog bites and other dog-related injuries accounted for more than one-third of all Homeowners’ insurance liability claim dollars aid out in 2014, costing in excess of $530 million according to the Insurance Information Institute (I.I.I.)….
California had the highest number of claims followed by Ohio in second and New York in third.