DROP, COVER, and HOLD ON 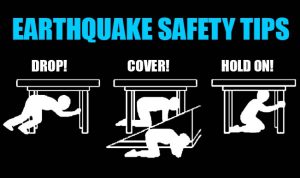 First of all, take cover, remain calm, and prepare for aftershocks.

If you are INSIDE when you feel the shaking:

If you are OUTSIDE when you feel the shaking:

If you are in a MOVING VEHICLE when you feel the shaking:

For more information on how to ensure you’re prepared for an earthquake check out FEMAs Organization for Earthquake Playbook. 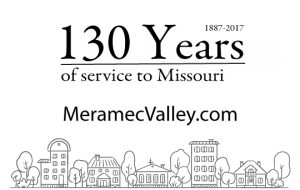 While it’s impossible to know when a disaster might strike, it’s easy to make sure you’re prepared. In the event of an earthquake, the best place to start is to search your home for any potential hazards and to make sure you have a survival kit on hand.

You can start your hazard hunt by imagining that your entire house shaking. Go from room to room in your house to look for any objects that could be ask risk of falling over during an earthquake. Examples would include:

Secure your water heater to wall studs with metal straps and bookshelved can be secured using brackets to attach them to wall. Consider installing latches on upper kitchen cabinets to prevent contents spilling out, causing injury. Also, be mindful of these objects that are near your bed in the event the earthquake happens while you are asleep 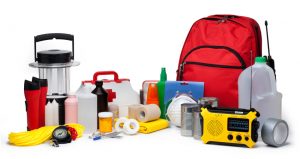 Stock up on emergency supplies. This list is by no means complete but can serve as a starting point. 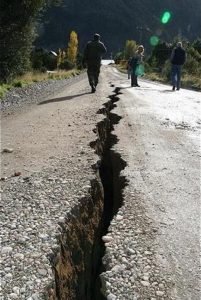 Are you prepared for a natural disaster? You never know when a disaster might strike and if you aren’t fully prepared the affects could be lasting. With a little preparation, you can help ensure that you and your family aren’t left picking up the pieces of a natural disaster. If you aren’t sure where to start to get prepared, here are some questions you should be asking yourself:

If you answered no to any of the above questions take some time NOW to make plans and prepare so that you can not only survive a disaster, but thrive and help others as well.

Check back with us next week as we go over how to “hazard hunt” your home and give you the basics of what you need in a survival kit.

If you want to start preparing now, and easy way to get the conversation started about your safety is to fill out these FEMA Family Communication Cards, so you can make sure your whole family knows who to contact in case of an emergency.

The 1811–12 New Madrid earthquakes were an intense intraplate earthquake series felt over roughly 130,000 square miles. They began with an initial earthquake of moment magnitude 7.5–7.9 on December 16, 1811 which was followed by a moment magnitude 7.4  aftershock on the same day. They remain the most powerful earthquakes to hit the contiguous United States east of the Rocky Mountains in recorded history.

Less severe earthquakes in this region have happened periodically ever since. Even though the U.S. Geological Survey’s annual earthquake forecast in 2017 pinpoints Oklahoma and central California’s coast as highest risks for damaging shaking, it makes perfect sense to be prepared for an earthquake or any other natural or man-made disaster. 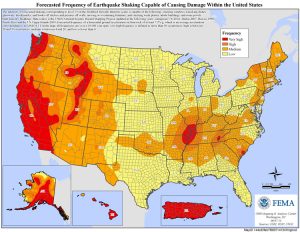 It’s important to have a plan for when disaster strikes. Here at Meramec Valley insurance, we want to help you ensure that your family and your home are safe even through the worst. Check back with us next week as we go over key questions you should be asking about your preparedness for a disaster.

For more information on why insuring your home is the safest call, click here: FEMA – Insure your property 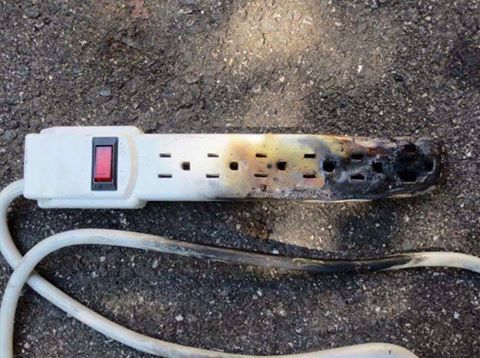 Power strips are not typically designed to have high amperage items like hair dryers and space heaters plugged into them.  This is what could happen and if you are asleep or away from home, you could lose your home, your life; you could lose everything. Don’t take chances!

We dare not forget that we are the heirs of that first revolution. 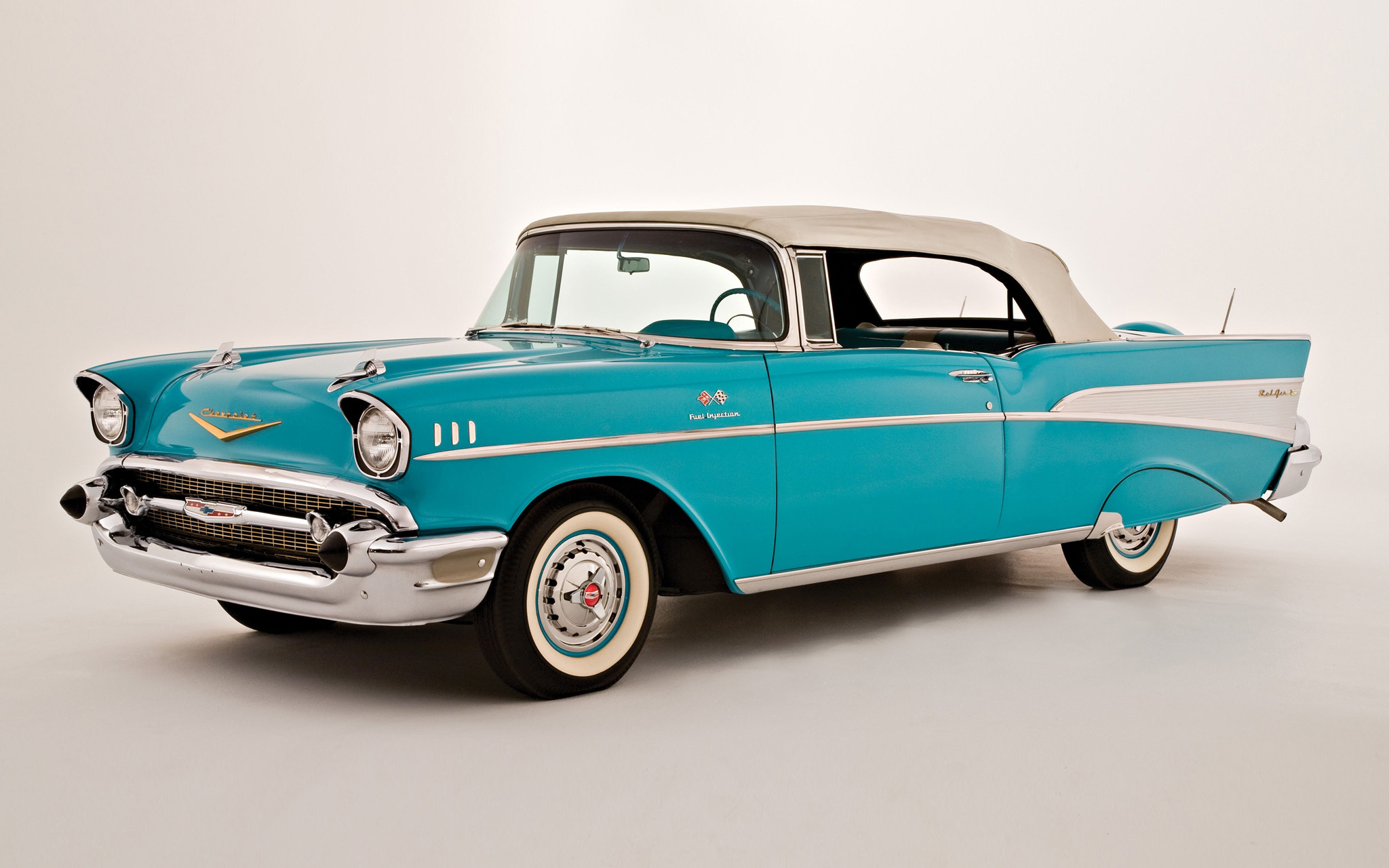 Make a day of it at the
River City Cruisers Car Show!

The name Ha Ha Tonka is from the Osage Indian phrase “Ha Ha Tonka” meaning “Laughing Spirit” in reference to the gushing springs.

Located on the Lake of the Ozarks, the park features the stone ruins of a turn-of-the-20th-century castle began in the early 1900’s by a prominent Kansas City businessman, Robert McClure Snyder, high atop a bluff. His tragic death, one of the first automobile fatalities in Missouri (on Independence Boulevard in Kansas City), brought an end to the rise of a powerful businessman, his legacy, and the building of the castle at Ha Ha Tonka.

For sixteen years, the castle remained unfinished. Snyder’s sons Robert, Jr., Leroy, and Kenneth continued the work but the pace was slow and not nearly as elaborate as the original plans. In 1922, the interior and upper floors were finally completed. During this time, Robert Snyder, Jr., lived at the castle.

By the time the castle was finally complete, the family businesses were in decline. The family eventually leased the building to a woman named Mr.s Ellis who operated it as a hotel for the next several years. In 1942, sparks from one of the many fireplaces ignited the roof, gutting much of the structure. 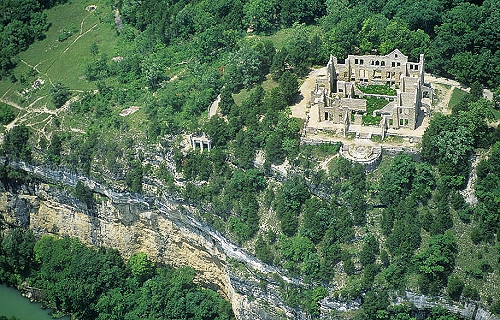 The building sat abandoned for many years and has been the target of vandals and a victim of the elements until in 1978, the State of Missouri purchased the estate and opened it as a State park.

The park of approximately 3,000 acres on the Niangua Arm of the Lake of the Ozarks, has more than 15 miles of trails traversing the park leading visitors to sinkholes, natural bridges, caves and down to the lake for many fishing, boating, and swimming possibilities. 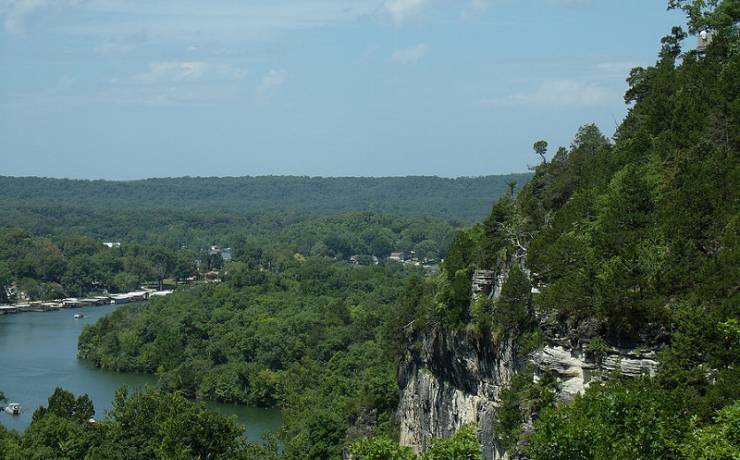 More information about the park may be found here.

Be safe out there while you enjoy Missouri ! 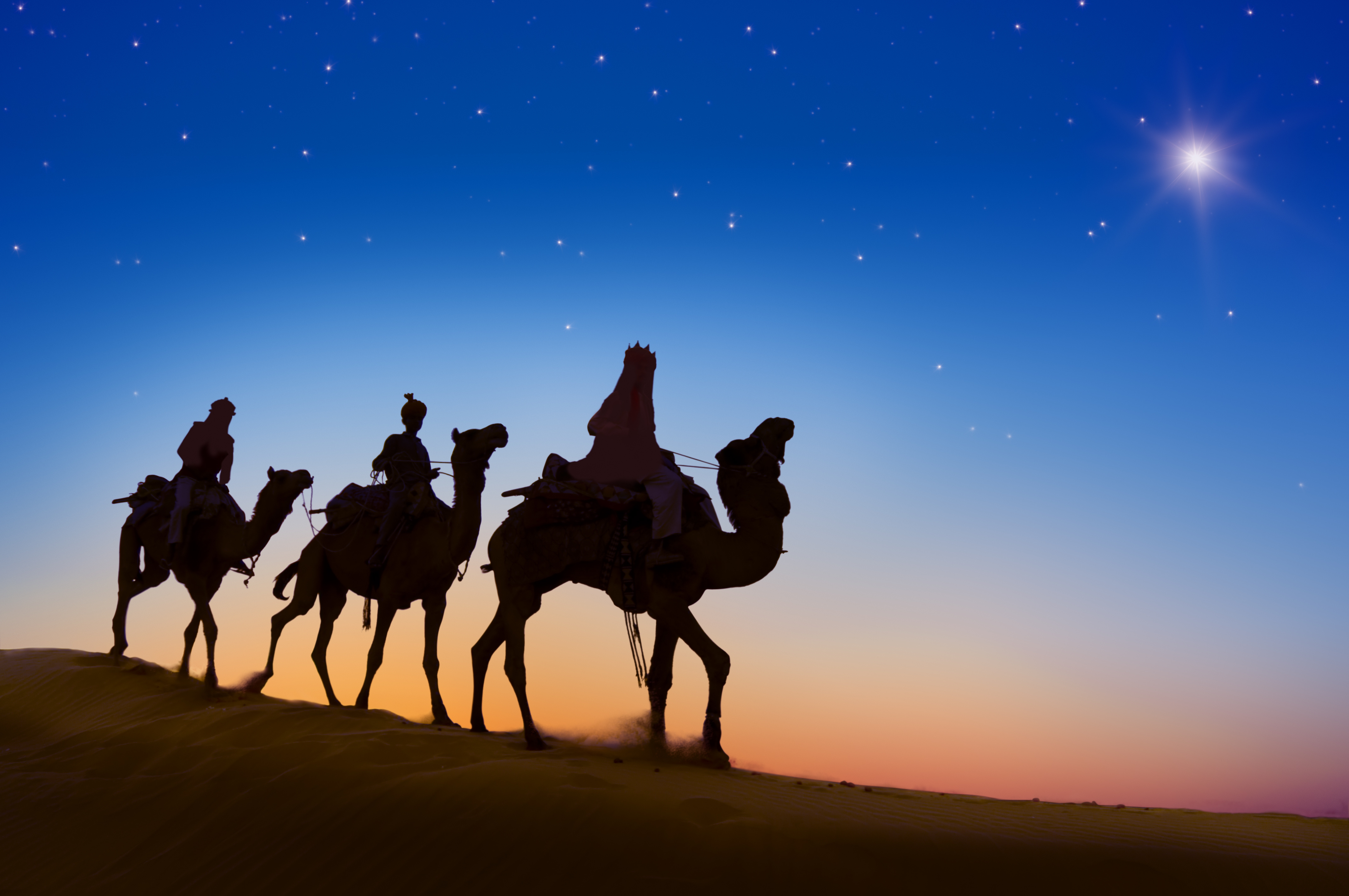 In the time of King Herod, after Jesus was born in Bethlehem of Judea, wise men from the East came to Jerusalem, asking, “Where is the child who has been born king of the Jews?

For we observed his star at its rising, and have come to pay him homage.” When King Herod heard this, he was frightened and all Jerusalem with him; and calling together all the chief priests and scribes of the people, he inquired of them where the Messiah was to be born. They told him, “In Bethlehem of Judea; for so it has been written by the prophet: ‘And you, Bethlehem, in the land of Judah, are by no means least among the rulers of Judah; for from you shall come a ruler who is to shepherd my people Israel.'”

Then Herod secretly called for the wise men and learned from them the exact time when the star had appeared. Then he sent them to Bethlehem, saying, “Go and search diligently for the child; and when you have found him, bring me word so that I may also go and pay him homage.”

When they had heard the king, they set out; and there, ahead of them, went the star that they had seen at its rising, until it stopped over the place where the child was. When they saw that the star had stopped, they were overwhelmed with joy.

On entering the house, they saw the child with Mary his mother; and they knelt down and paid him homage. Then, opening their treasure chests, they offered him gifts of gold, frankincense, and myrrh. And having been warned in a dream not to return to Herod, they left for their own country by another path.

For more information about Meramec Valley,
or to find an agent near you, visit
https://mymutual.net/for-an-agent-near-you/ 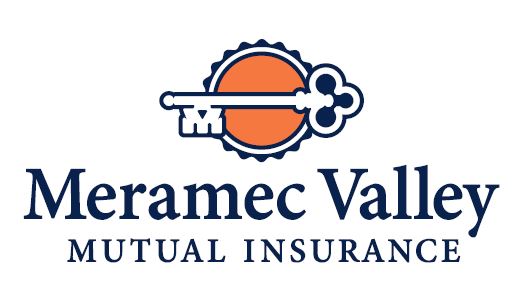