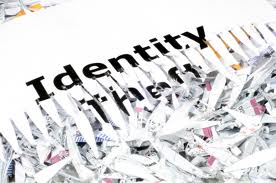 Protect your identity during tax season

Many Americans have begun to file their 2012 tax returns. However, in thousands of cases, Social Security numbers have been stolen to fraudulently file taxes and steal the refunds. The victims of tax identity theft won’t know a crime has been committed until they go to file and the IRS informs them that taxes have already been filed under their Social Security numbers.

With tax season underway, Meramec Valley encourages people to heed these simple tips from IDentity Theft 911® to prevent tax fraud from happening to your family.

1. Keep it safe. Never carry your Social Security card or number in a purse or wallet. Leave it at home in a secure place or in a safe-deposit box.

2. Employ strong usernames and passwords. Keep sensitive tax information (worksheets, W-2s, 1099s, 1040s) on a password-protected or encrypted external drive or disk, and store it in a secure location, such as a safe-deposit box or a locked safe. If you store it on your computer, make sure the drive is encrypted. Never store tax files or any personal information on a cloud or Internet drive. When choosing passwords, always include numbers, upper- and lowercase characters, and symbols such as *, ! and &.

3. Snoop around. Carefully choose a tax preparer. Many fraud rings front as tax preparation companies that may steal personal information. Verify the status of your preparer’s license with the Better Business Bureau and IRS Office of Professional Responsibility (OPR). Email the IRS at opr@irs.gov with the full name of the individual or company and their address to confirm they’re a legitimate operation.

4. Do the math. Your annual Social Security Statement will identify all income from individuals working in the United States under your SSN. Do the numbers look right? This can be a good way to spot otherwise undetected identity theft.

5. Monitor your mail. Monitor your mailbox and stay on the lookout for W-2s, 1099s and other official tax forms. If any are late or appear to have been opened, contact the provider immediately to find out how and when they were mailed.

6. Splurge on the extras. If you file a return by mail, make sure to use certified mail from the U.S. Postal Service so you can confirm its arrival.